Road Trip 4: Arkansas and our crazy trip through Missouri 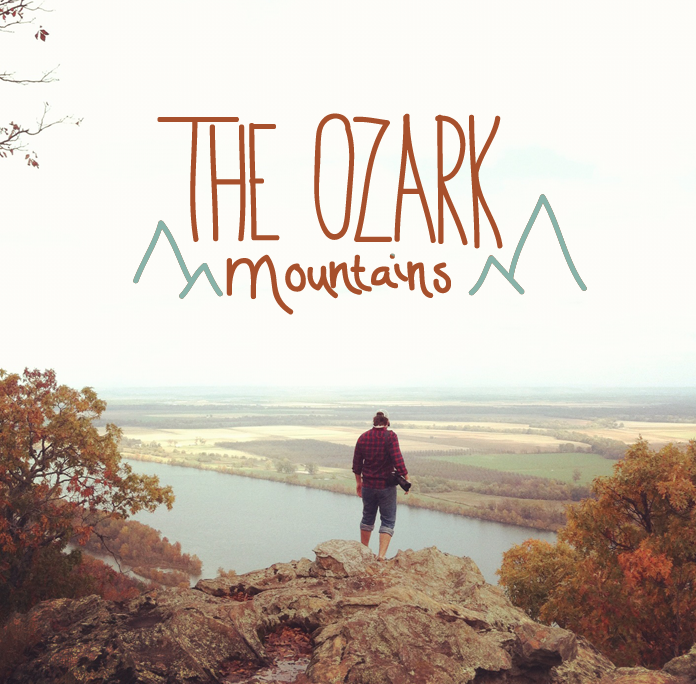 So I have totally been a slacker getting to these posts but I have wanted to share this part of our trip so much. This was the most beautiful, difficult, and fun part of our trip. I have to begin telling you how we got  to this point in our trip as there are no photos and most likely that is a great thing.
We had planned to camp after St. Louis in the Ozark National Park in Missouri but soon after leaving St. Louis it turned dark very quickly. We had not factored in that this would happen so soon as it was only 6 pm. We ended up driving through the Ozark mountains in the total dark which we were major bummed about but not only that we were traveling in the middle of no where. We saw a car every half hour or so and a gas station every 30 miles but that was about it. We could tell we were traveling through some beautiful places but in the patch black and locals riding your butt on winding one lane roads it seemed like not such a good idea to stop and figure out exactly how beautiful it probably was.
Eventually we ended up getting to the National Park which is right outside a town that consisted of a McDonald’s and a Gas Station and a few houses. No one had maps so we took some major guesses as we had no service and there were no trails on our phones that indicated where we were. As we found the camping area we were greeted by herds of with glowing eyes all around and one camp ranger who wished us luck as no one was back there. After feeling like we were entering a horror movie we decided we should keep moving on into Arkansas since it was only 8:30.
Once we got into the Arkansas we both were exhausted and ready for some sleep. We tried to find a hotel but there were none till we got very close to Little Rock. This resulted in us deciding we needed to find a RV park or another campground to park and sleep in the car. We found a small RV park by a river somewhere in Arkansas where once again there was nothing (I think I never realized how many places there are still that have nothing to them this also makes me feel good in some strange way). Once we got there we found the campground and it felt much more safe than the previous and moved everything in our Forrester to the front two seats and three of us cozied up in the back. Nellie is a pretty relaxed dog but would not relax and continued to growl for almost 2 hours. Mike fell asleep and I could not relax enough because I knew Nellie did not feel safe so I decided to read a book on my phone till Mike was rested enough. Around 2 AM Mike told me we should find a hotel. So we drove another hour and a half into some town right outside Little Rock and paid $60 for a hotel room. It seemed like the best thing in the world after being in the car and not showering for over 2 days almost. We all three crashed in the King Size bed and never moved till 10 AM the next morning. It seemed like such a little thing but we felt totally happy and refreshed. We also have no idea if we were allowed to take Nellie in with us but we did.
I feel silly that I found this hard but throughout this whole process I had a total migraine that most likely was from exhaustion as it was gone when I woke up that morning but it seemed to make everything 10 times worse. Also having a good meal in the morning probably helped a ton as well. It was the low point in our trip but we made up for it with our adventures the morning after. 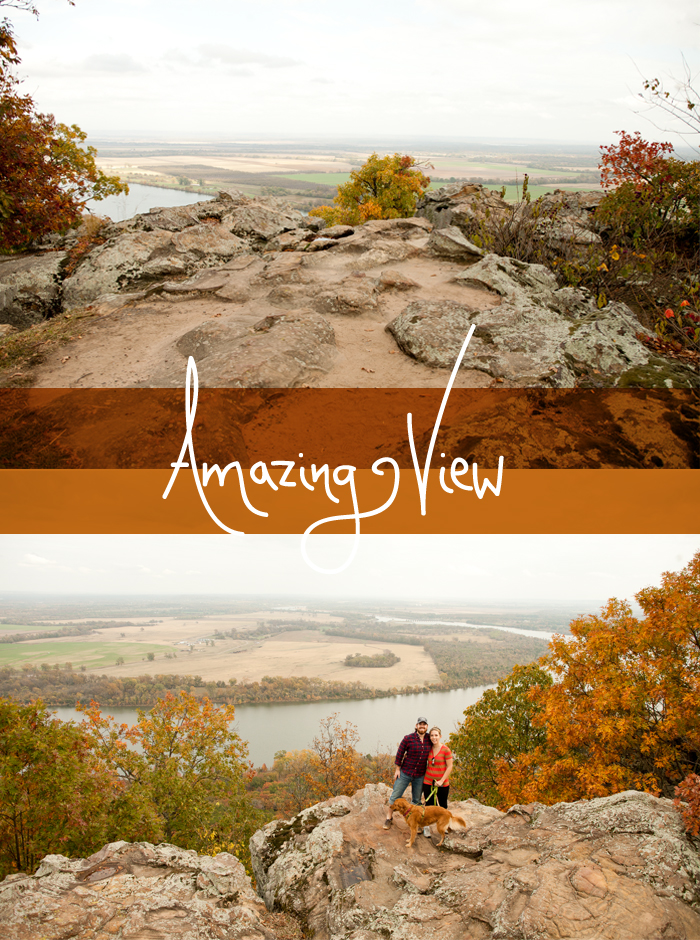 We thought it best to brighten our moods and go for a hike and head back through the southern most part of the Ozarks since we missed the Missouri section of them. We had wanted to see them so badly so I am glad we could head up to Petite Jean State Park and hike and catch some amazing views. It ended up being perfect because we got to see where Mike’s Parents went for their honeymoon…remember this post that was the view from the lodge they stayed at Queen Wilhelmina. Though we both had on the same clothes we had been traveling in for the past few days and we felt pretty travel weary we were so glad we got this experience to see such beauty. 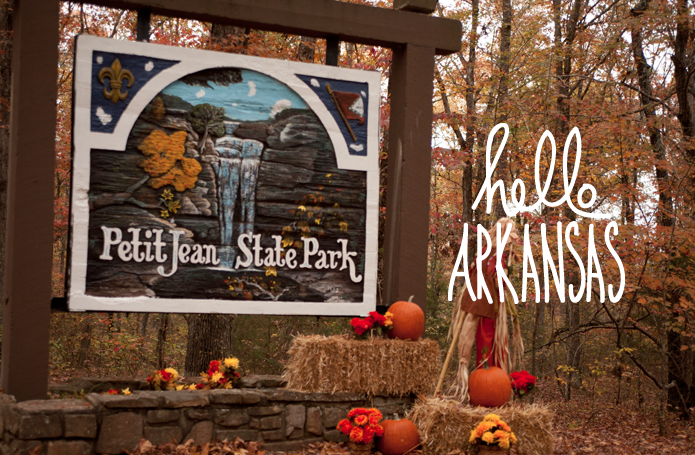 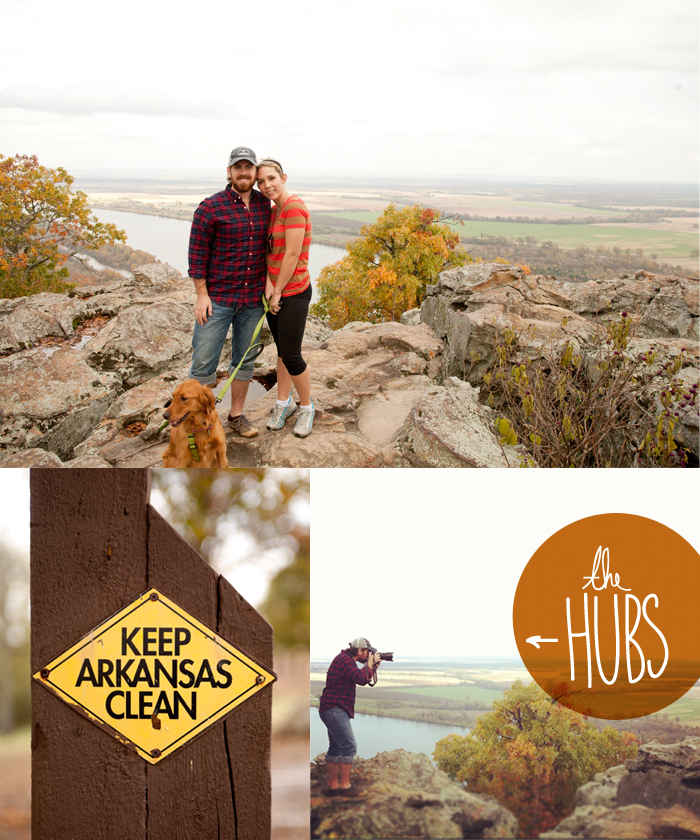 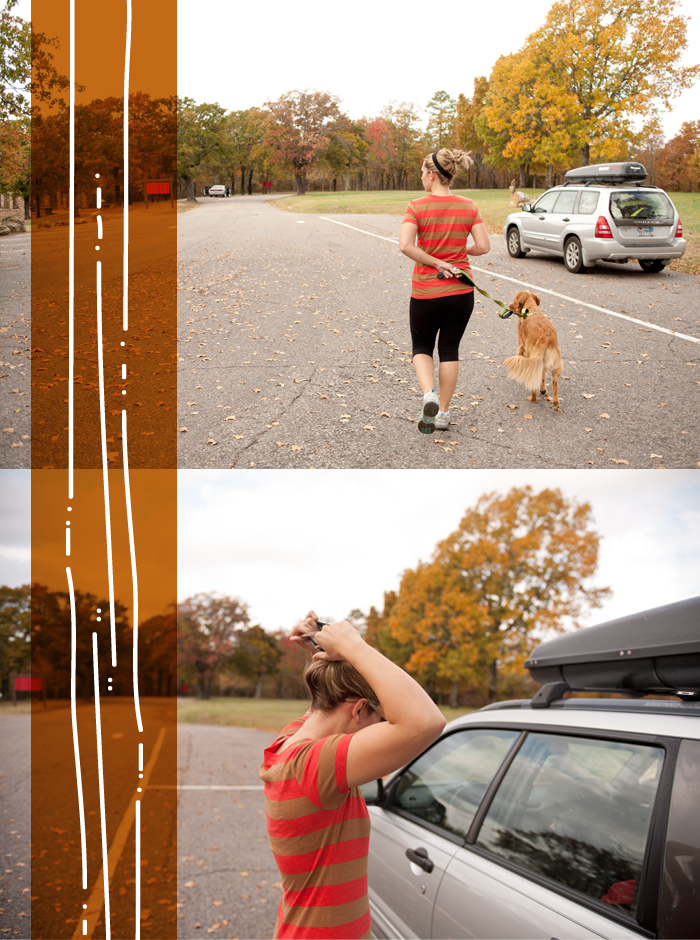 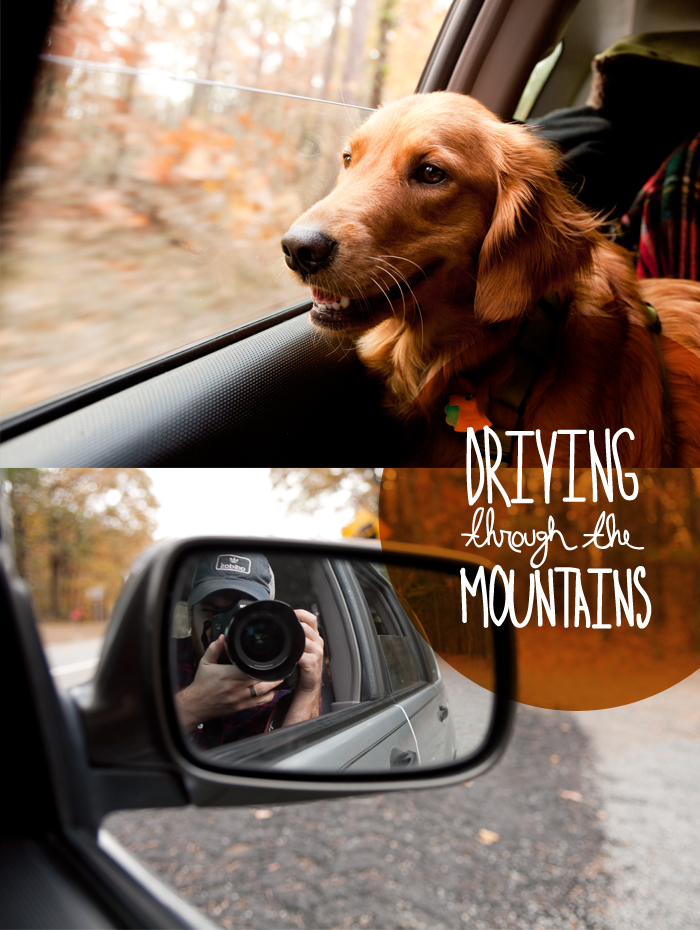 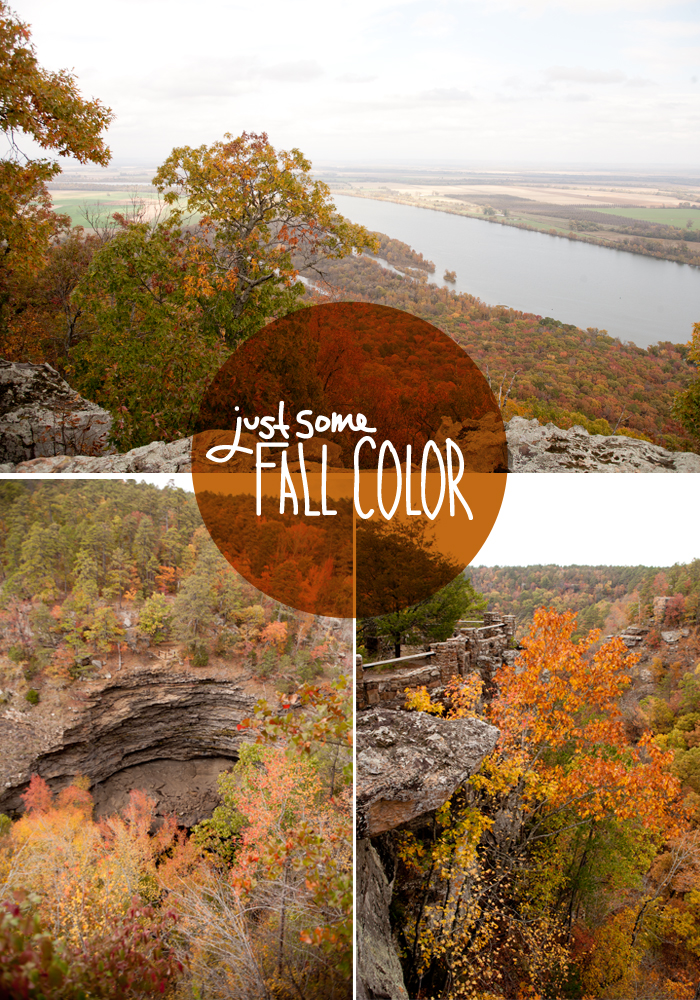 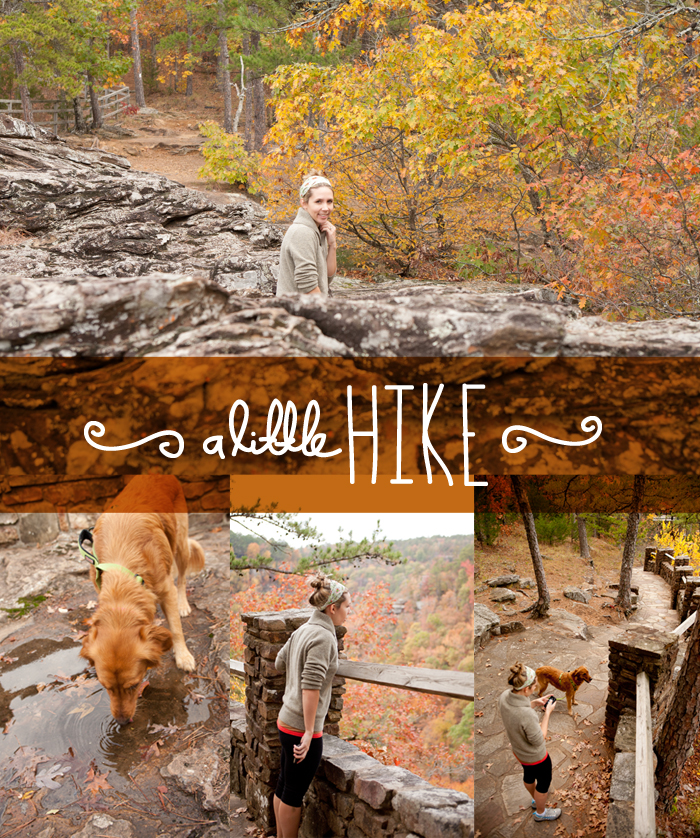 Now this Panoramic was awesome and I wish it was bigger I think if you click it you can see it larger but it was my favorite view of the day and even though it was misty and cool and windy it made me so happy. I wrote more about how amazing it was in this post. 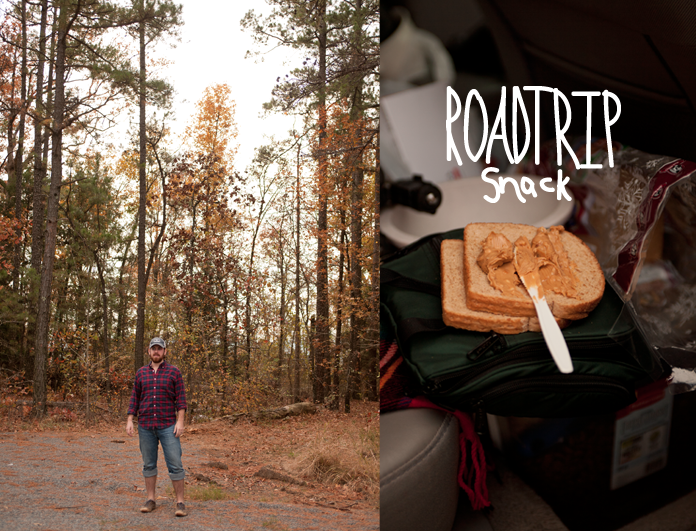 The second best part of the all this was the fact that we got to go through the county where Mike’s family still has a large tree farm and has quite the roots in Arkansas. We got to see the house his Grandmother had and found out his great great grandfather was the Sheriff. It was so cool! He had not been back since he was a little kid so we took some time to visit a cemetery and enjoy the local culture a little. My favorite was when we were driving and a pack of wild dogs was walking down the middle of the road in this small town that seriously consisted of four people sitting on the front porch of the general store. It was really great and fun. My Favorite was driving and a Bald Eagle swooped right over our car. I freaked out a little as I have never seen one that close I just wish we coud have gotten a picture! 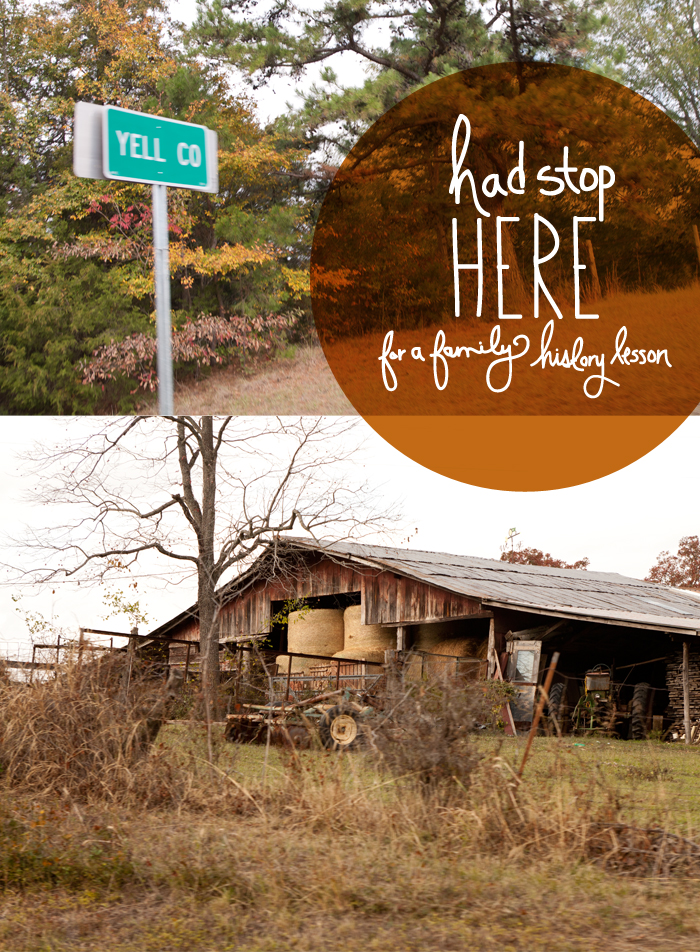 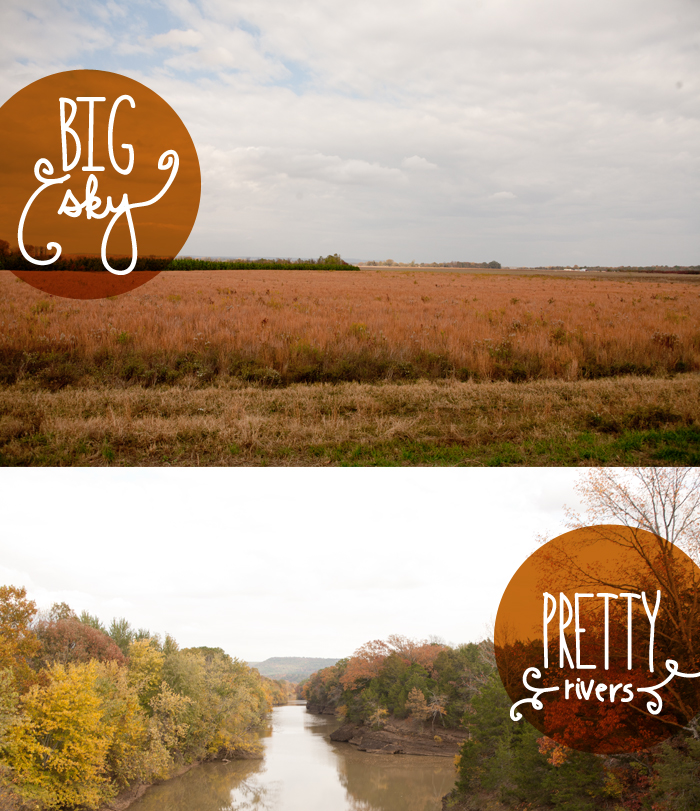 We then headed on to Texas and made it to Houston that night at midnight. Now three weeks later we are getting ready to head back to Traverse and brave the cooler temps and prep for Christmas! I am ready for the snow now and am excited to begin getting into the holiday spirit at home as we were in Texas last year so I am getting excited to celebrate in the snow with Mike. But we will be going a different route to Traverse. This time we will be traveling up through Little Rock to Memphis and on to Lexington, KY and then finally to Grand Rapids and Traverse City. If you are along the way we will be traveling from Saturday to Tuesday so give us a hollar! 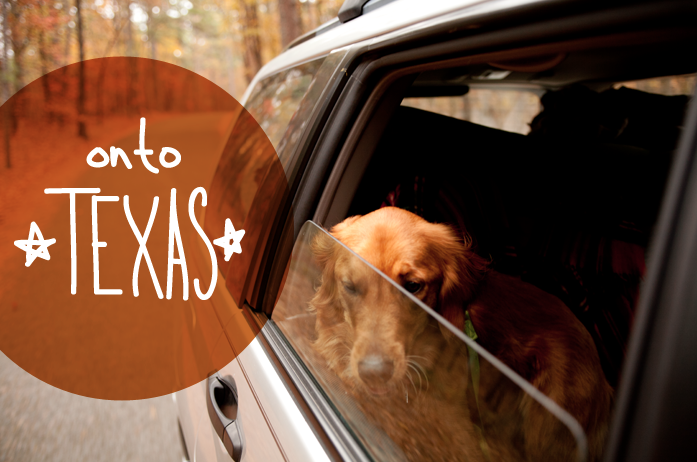