Jammin’ In The Studio: Vetiver 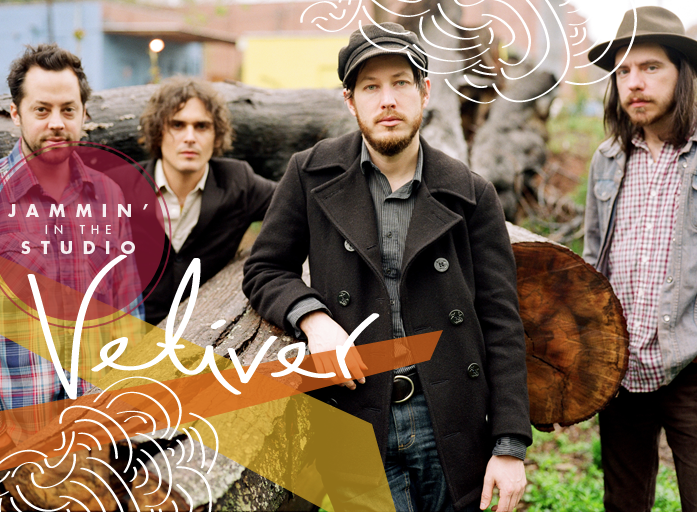 If there is any band that I would dub the perfect summer band it would be Vetiver. For over a year now they have ranked at the top of my list as one of my favorite bands. I have about 3 albums and cannot get enough of them. Their new album released June 14th and have been waiting for it to add to my summer collection. For those lazy days hanging out with good friends drinking some good brew and relaxing alongside your favorite body of water, there is no band you will find that will fit the moment better.

Up here in Northern Michigan I refer to them as very Leelanau, which refers to the lifestyle and atmosphere on the peninsula we live at the base of. People there live the life, many are striving for a quiet, self-sustained lifestyle while living amongst some of the most amazing bodies of water I have ever seen. Life is relaxed and simple in Leelanau, summer days are spent with a lazy no plans attitude beside tropical blue fresh water inlets, rivers, lakes or hiking the dunes or exploring some of the darkest woods. You can smell the ease of life while driving along the lake shore. It’s beautiful and I only hope to be lucky enough to always know that simplicity in life.
Anyways, all that to say I love Vetiver because of how they remind me of Leelanau and summers by the lake. The band was started by front man and song writer, Andy Cabic when he left North Carolina and came to San Francisco. The band formed and has been opening for bands such as Devandra Banhart and Joanna Newsome. They have been releasing albums since 2004 and are known for their easy sound, folky melodies, that are mixed with an indie flair that is truly their own. They have been said to be one of the greatest American Folk bands to date.
So if you don’t have them on your summer mix make sure you have The Swimming Song or Rolling Sea on your next mix before heading to the beach this weekend for the 4th.
Comments   0

Jammin’ In The Studio: Vetiver