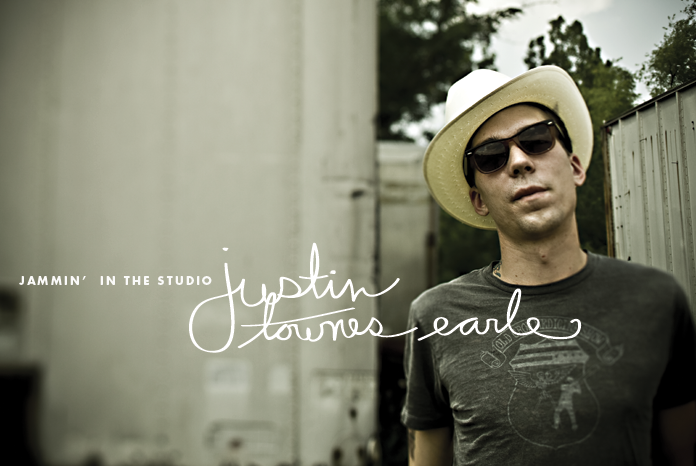 When you buy a ticket to see a band sometimes you notice who is opening and sometimes you don’t. This was one of those times I didn’t even check I was so excited to see The Decemberists live I honestly could have cared less.


It was not till at 8 PM a gangly tall man dressed in a khaki suit, horned rimmed glasses, and and oxford shoes walks on the stage with a guitar looking ready to attend a Southern Alabama plantation wedding that I checked my ticket to see who just jumped on the stage.


As he began to play I was shocked at the raw sound of his voice and how when he played the guitar it sounded like 3 guitars at once. I was smitten instantly and have been addicted like it’s a drug ever sense.


Growing up riding around in my dad’s truck as a little girl going to construction site to construction site I was spoon fed country like John Prine and so when I hear that deep south sound it’s like the scent of your mom’s fresh baked cookies on a saturday afternoon, you are comforted and feel home. I love a good southern drawl as someone who spent more than 12 years of my life in Kentucky and traveling many times to North Carolina and Tennessee. I love the sound of the harmonica and the lap slide with rhythmic guitar strokes and a raw scratchy voice. It pulls at my heart strings.


So Mr. Justin Townes Earle was born in Nashville, Tennessee and named after singer Townes Van Zandt. He grew up most of his life with his mother in south nashville. He ran into drugs when he was 12 and became seriously addicted. He joined many bands and even played with his father but was fired after his drug addiction began to interfere with his performance. This led him to becoming clean and he re-centered his life and focused intensely on his musical work and songwriting.


Now living in East Village he was named GQ’s top 25 best dressed men in the world. He knows how to rock Marc Jacobs but also knows how to create a sound that does more than just cross the Mason-dixie line but rather crosses eras of music that would be to the likes of Jerry Lee Lewis, Woody Guthrie, and John Prine. It’s classic and perfect for a glass of sweet tea during the late hot days of summer in the south.


This song is one of my favorites below but it was incredibly hard to choose. Make sure to check out his site.